Greetings fellow Moderators! Seeing as the Tree of Might will be taken out of circulation soon, I feel it might be a good idea to start looking at other options. Now, these don't have to be implemented right away by no means, but we need to discuss it beforehand for sure.

So, here are my ideas! (Thanks to Entirely Ed for the basis of these ideas. Without him I would have completely not even thought of these.)

First off, a Minion-Based Boon! 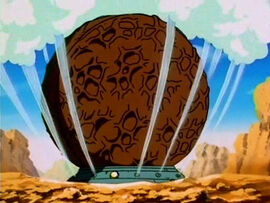 The Sealed Ball is a magical artifact, created by a powerful wizard many millennia ago. Though it was thought to have been destroyed in a battle long ago, some explorers have come across it in a cave near the core of (Insert planet here). The Creature inside can be any race the owner desires, with the same modifiers as the base race. (though it would be weird if someone chose a Saiyan or Human)


Possible Effects:
The Sealed Ball could have one of a few possible effects. The first two being this: 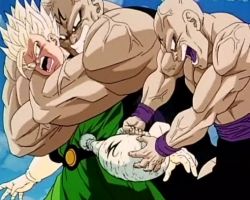 In this version, the Sealed Ball would come with a Mystic Leeching Jar. Should a player be defeated in a DE, the Leeching Jar can absorb up to 5% of their PL, capping at 10,000 Power Level from a single opponent. The owner of the Leeching Jar (provided they can escape the DE afterwards) will then be able to do one of two things:

Should they choose the latter, the Sealed Ball will grow in strength permanently, increasing the Base power level of the Creature Inside.
Once the Sealed Ball reaches a base PL that surpasses SMM, it is forced to open (it can be opened prematurely of course).

Seeing as this variant doesn't require the Sealed Ball to be in a thread, opposing players simply need to challenge the owner to a DE involving the Sealed Ball. Should the challenger win, they either gain control of the Ball and the creature inside, or the ball is destroyed.

The Destron Gas is a deadly miasma that was once employed by the Tsufuru-jin
ages ago on the Planet Vegeta. It was a deadly weapon, and was left unused for centuries... Until now...

Destron Gas is a highly volatile element, but due to a reason the current user thinks up, those who employ the gas are entirely unaffected by this (meaning if BBA were to use this, all BBA members would be immune to the effects whilst in the thread).

Possible Effects:
There are a few ways Destron Gas could work, such as:

PL Dampening:
The Destron Gas, when deployed into a thread of any kind, it will lower the Power Level of all thread participants (excluding the users) by 33%. It can be deployed in any kind of thread.
Not much else to add here, so let's just move on to...


That's all I got for now. Please, tell me what you think of these ideas!
Vi-Poi Pieter Wolfbane Tania Nicolas Mclendon Queen Habana Etoru @tokoz Entirely Ed  Zerori

Destron Gas is a neat concept but I'm not for any mechanic that lowers people's hard-earned PL. That's way stronger than giving 1 person a boost, especially if faction members are immune, basically guarantees a win.

I think the best idea here is the Ball. I'd be in favor of that replacing ToM. It's an interesting and well-thought-out idea.

I'm glad you like the ball! I think with a bit more tweaking the Destron Gas could work. Perhaps with less of a downside or less of an immunity for the home team using it.
Battle Theme: www.youtube.com/watch?v=tmbbl5nnjBk

I think as a temporary downside/debuff the Destron Gas could be a huge boon for weaker villainous factions to even out the huge advantage heroes already have.
Last Edit: Sept 22, 2016 3:50:54 GMT by Nicolas Mclendon